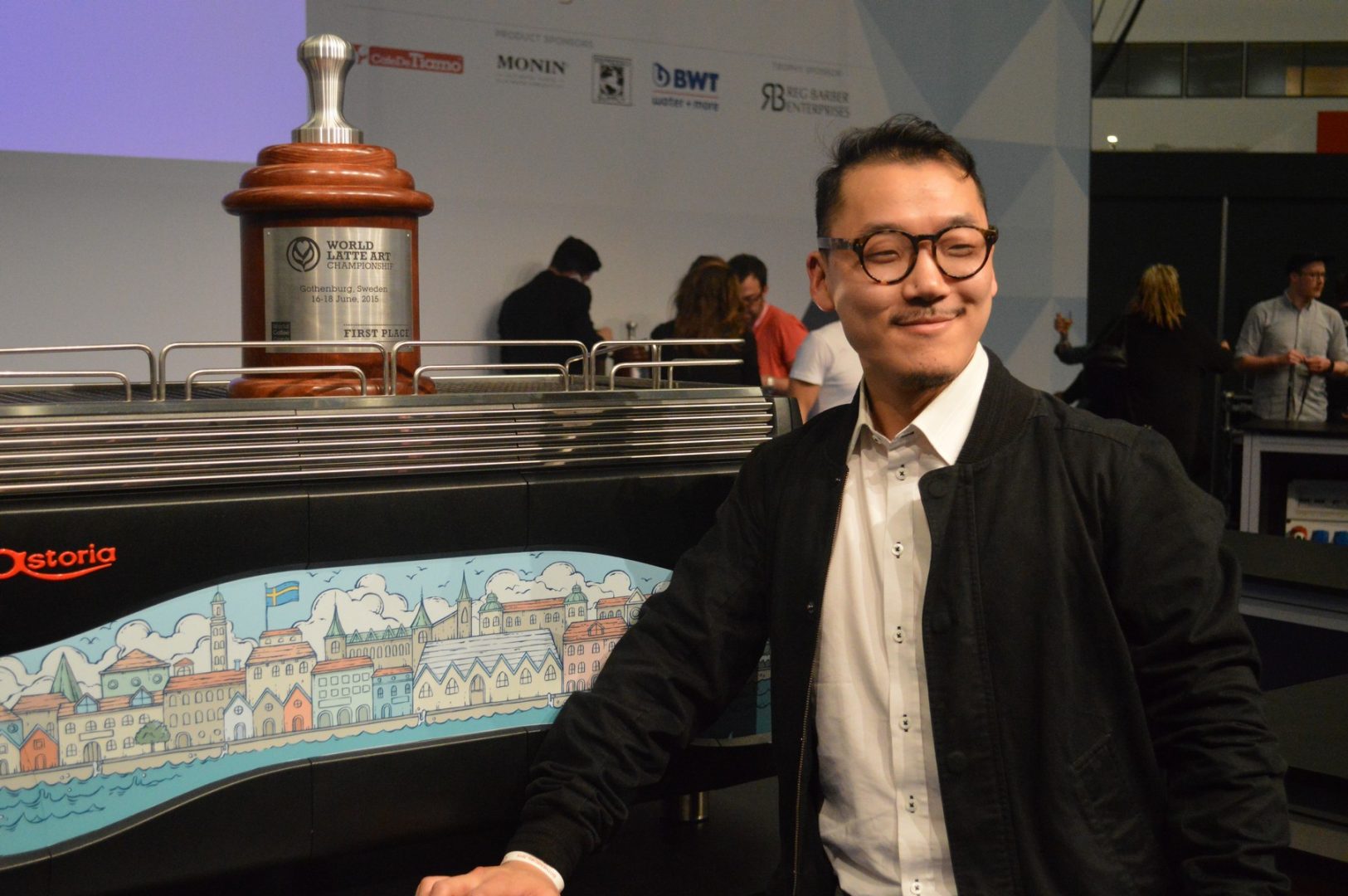 Two new stars are shining in the universe of top coffee baristas, and their machine of choice is the Astoria Plus4Champions. The finals of the World Latte Art Championship and World Coffee in Good Spirits Championship series took place in Gothenburg during The Nordic World of Coffee. Two new champions were crowned in their respective categories: Australian Caleb Cha and Greece’s George Koustoumpardis. The two winners took home the official machine for the two World Coffee Events championship, Astoria’s top model Plus4You TS in a special edition created especially for the event. The Plus4Champions machine from Astoria’s flagship line, in the single button version, is dedicated to the true masters of espresso. In Gothenburg it was presented in a highly original limited edition illustrated by four Italian artists.

Caleb Cha and George Koustoumpardis have respectively taken over the titles from Christian Ullrich and Matt Perger. They were able to count on the reliability of the Plus4Champions to put their skills to the test, along with other finalists who tested their mettle during two intense days of competition marked by high paced rhythms and great showmanship. Plus4Champions played a starring role at the three competition posts under the spotlights at The Nordic World of Coffee, and it also assisted the baristas at the training area and served excellent coffee at the espresso bar set up near the stage area, capturing the attention of the coffee community with its 12 fantastic custom designs: three different illustrations by each of the four artists involved in the project expressed just as many styles, in a tribute to the variety of baristas in 140 countries around the world who choose Astoria quality every day.

The original details of the Plus4Champions portrayed the essence of Astoria’s adventure in Gothenburg and featured as stars of a special live performance that animated the stage area throughout the competitions: under the eyes of the large audience that was drawn to the finals, the project gave life to a huge backdrop decorated with an homage to the city of Gothenburg, elected the world capital of specialty coffee by SCAE specifically for the occasion of The Nordic World of Coffee. The creation of another unique masterpiece assisted the enterprises of the aspiring champions: a custom version of the Sabrina – an Astoria headliner with a vintage soul and unmistakable design – meticulously decorated by the hand of the same artist.

The splendid skyline of Gothenburg brought good luck to Caleb Cha, who won the title of World Latte Art Champion and came away with a red-hot, 3 group Plus4Champions – the same machine on which he competed – decorated with this same cityscape design; meanwhile, the super talented George Koustoumpardis was rewarded by Astoria with a Plus4Champions featuring 2 groups. Congratulations to the new champions and best of luck to all contenders for the next challenge set to be held in Shanghai!