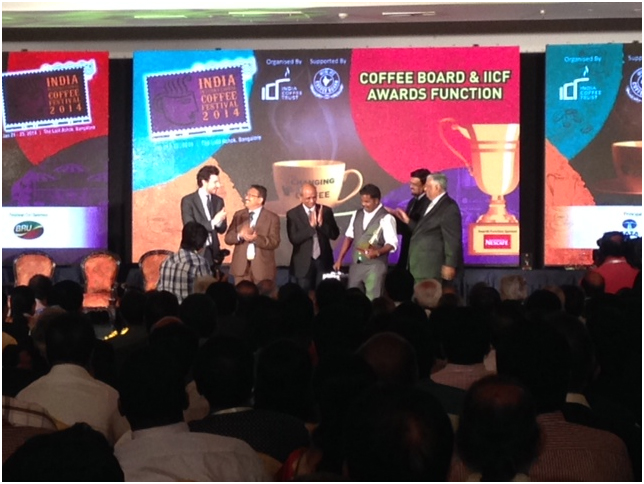 Coffee is a way of life. In India nowadays, 150 million people from the middle class and trendy bourgeoisie are enjoying this life style. And although there is plenty of room for improvement when it comes to specialized training, industrial sensibility and domestic consumption, the quality standards of the brown beverage are enjoying a period of fast and continuous growth.

Events dedicated to the world of coffee, such as the India International Coffee Festival, are having a significant impact. Organized every two years by the Coffee Board of India, this year the event took place from January 21st to the 25th. The national baristas’ championships, or IBC –Indian Barista Championship 2014, was sponsored by Astoria through its Indian partner Kaapi Machines (India) Pvt Ltd. It was a crucial moment in the festival that enjoyed the presence of many fans and supporters. Astoria has always been on the forefront in supporting the championships, and ever since the first editions in the beginning of the 2000’s, they have also sponsored a workshop demonstrating and teaching the best techniques for extracting coffee with the company’s Plus4You.

The IICF culminated with the Awards Night, a moment dedicated to rewarding the best green coffee growers and the most innovative roasters, as well as to naming the best barista for the year, who will go on to compete in the World Championship scheduled in Rimini from June 10th to the 12th. During the award ceremony Dr. Federico Gallia, president of Astoria CdA, presented the overall winner, Claude Johnson, with a fantastic prize: a briefcase containing all the tools of the trade, a wish list of supplies for any true professional coffee maker.

Flavio Urizzi, Astoria Export Manager and Key Accounts Manager, was a member on the panel of judges for the India National Barista Championship Award. Following the rules and regulations for the WBC (World Barista Championship), the panel was made up of a total of 4 sensory judges and 2 technical judges. These were overseen by the vigilant eye of President Scott Conary, in order to provide ample representation covering the various aspects of the coffee production process. A variety of geographic influences were included, with noted personalities from the USA, Australia, Italy and India.

The sensory judges were tasked with evaluating 4 espressos, 4 cappuccinos and 4 coffee based drinks – without alcohol – along with the performance and professional presence of the competitors, giving them marks for their communications skills and their knowledge of all branches of coffee. The technical judges were asked to evaluate the baristas’ dexterity and knowledge of the machines, cleanliness of the workspace and tricks of the trade (washrags, vapour flow, minimum waste of coffee and milk). Baristas were given a maximum preparation time of 15 minutes to serve all the judges as they kept an eye on the competition.

The Awards Night was also an important meeting of the minds for all the players on the coffee chess board, starting with the highest authorities from the state of Karnataka and the Indian government, including the main players on the Coffee Board and national and international coffee houses, large and small – from the Tata Group to Cafè Coffee Day – all across the board to the producers and the baristas. During the Awards Night, Astoria’s Indian partner, Kaapi, received two special honours:  Most Innovative Design for their stand and Best Management and Communication for the organizational and communicational work of their staff.